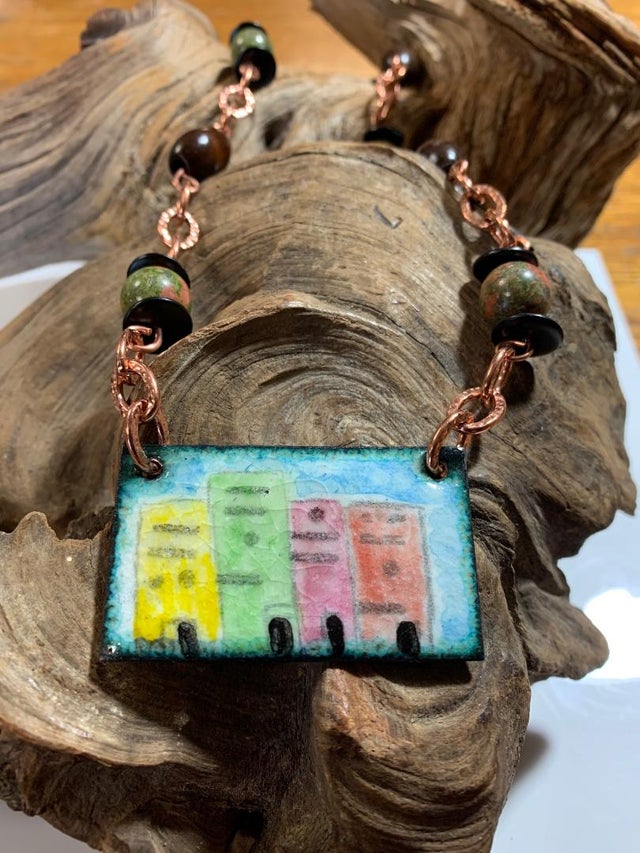 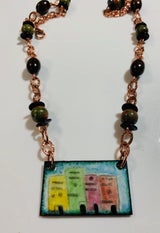 'Pueblo Skyline' Hand painted Enamel Pendant One of a Kind

'Pueblo Skyline' is a hand painted enamel pendant showcasing a colorful skyline of buildings. This focal measures 2" w X 1 1/4" L. It is on an handcrafted copper chain with the unique stone of Unakite. As I was making this I was thinking of two separate trips I have been on. One was to Austria where all the houses lining the Danube River were so colorful and bright, the other trip was to the southwest, where color stands out against the desert landscape. Read on to find out the properties of Unakite.

Unakite was first discovered in the United States, in the Unakas mountains of western North Carolina/eastern Tennessee (hence its name). However, it can also be found on the beaches of Lake Superior, where it was originally dragged by glaciers, as well as washed down from the mountains into rivers in Virginia.

Among crystal healing practitioners, unakite is used to support convalescence from illness. It is also believed to affect the reproductive system, healthy pregnancy and the growth of skin and hair.