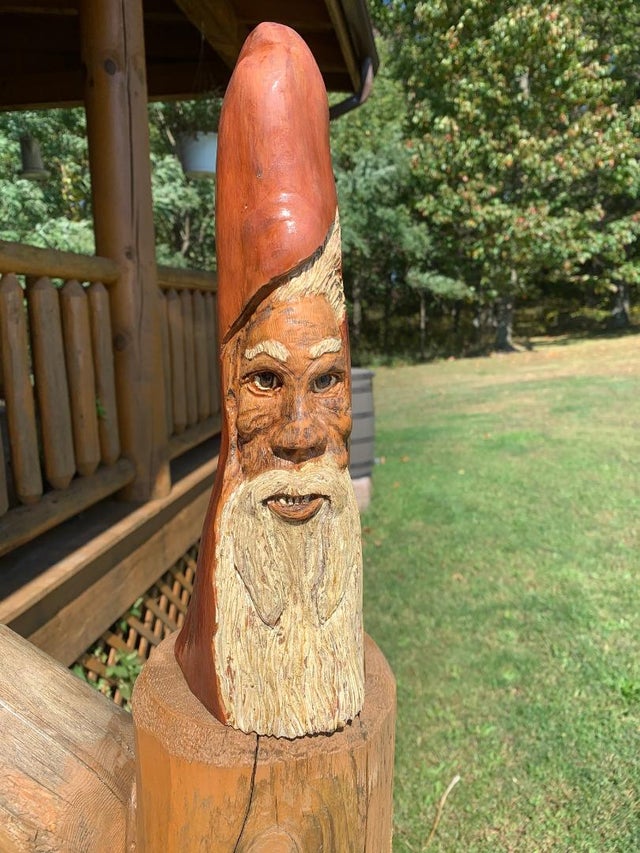 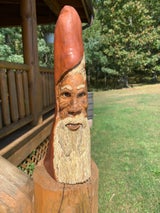 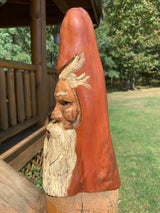 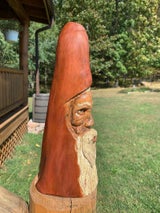 Meet Harry. Harry looks familiar, doesn't he? He says Hello. Named because he reminds me of Harry from Harry and the Henderson's, he was just waiting to be released from the confines of the wood! Some people would call him a wood spirit. He stands at 13" tall. Pictures are shown , so that all angles can be viewed. It took over 8 hours of carving to bring this guy to life, then the finishing had to be done. The Wood is a Cypress Knee.

I have carved for over 30 years. Because of the time involved I very rarely offer any of my carvings for sale. Mainly I am selling my jewelry but Carving was and remains my first love. I hope you like him- Christine